Every day, photos create buzz on the web and are taken over the world in various forms by Internet users. A phenomenon called Meme. One of the most successful is certainly that of a little girl with a Machiavellian smile in front of a fire published in 2007. Nine years later, she was found and I can tell you that she has changed. Nicknamed at the time “Disaster Girl”, she is actually called Zoé Roth and is now in second class. Aged 15, she still has the same smile and the same face as in 2007. 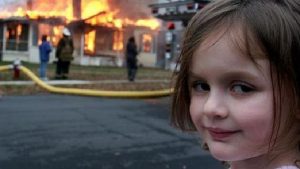 The story behind the photo

In November 2007, Dave Roth, a photographer, published on JPGmag a photo of his youngest daughter (the famous Zoé), who was placed in front of a fire. The editing is so well done that it seems like it’s not for nothing that the house went up in smoke. 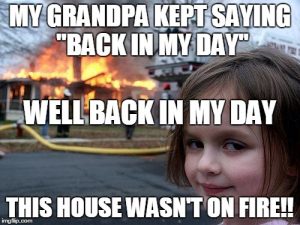 A year later, Internet users nicknamed her “Disaster Girl” and used the cliché to create their own montage thanks to a transparent layer available at the time on the BuzzFeed website. They make it responsible for several disasters such as Titanic, the disappearance of dinosaurs, the crucifixion of Christ… 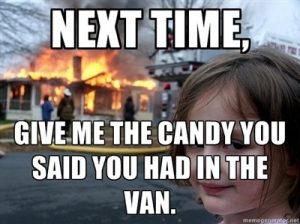